“The largest threat to Public Health is an informed consumer.”

The “Public Health” Industrial-Complex Behind the Anti-Vaping Push
Lobbying, restrictions, coordination, corruption, hysteria…  sounds like a coup to me.

“The anti-vaping push from public health organizations is coordinated, well-funded, and tied to powerful entities in government and corporate America. According to federal data, however, there is extremely limited evidence of any ‘epidemic’.”

The “Public Health” Industrial-Complex Behind the Anti-Vaping Push

From our friend, Jessica Harding:

“The theme for GFN2019 will be  “It’s time to talk about nicotine” and it is vital that the people who use safer nicotine products are at the heart of that conversation.

The GFN organisers are keen to give an even higher profile to consumers and consumer organisations than in previous years and I have been asked to help with that.”

The article states city leaders voted across the board to “make it more difficult to get e-cigarettes in the hands of teens.“

Now – it’s a fifty-dollar fine and possibly a court appearance if a minor is caught with one. Among other anomalies in the article (my bold/underlining for emphasis):

“Officers in Stevens Point previously had to prove if the cigarette had nicotine in it but it wasn’t possible to test in the field.”

Unsurprisingly, it doesn’t mention fines or consequences for cigarettes or the Synar Amendment.

This blog is sponsored by LUNAR ROVER|Premium eLiquid. They not only produce cocktail and fruit flavors, they also have a range of tobacco flavors ranging from 0-18 strength.

Read this sentence, a quote from the video:

Now – if you must read it again…

I for one can’t imagine any kid figuring out how to get around this… and for the record, were there or will there also be “smoke” detectors?

Imagine all the hard work and ‘investment’ put forth by Tobacco Free Kids to obtain this kind of coverage?

We Need to Reduce the Harms of Draconian Tobacco Policies

See, discrimination, embarrasment, fines, taxes, custody battles, imprisonment, executions… well, any means necessary to get people to do what you want them to do are clearly the best…

Via the well respected Marewa Glover, down the rabbit hole you go.

We Need to Reduce the Harms of Draconian Tobacco Policies

Inspired by Brad Rodu’s blog above:

Today, I am declaring @JeromeAdamsMD @Surgeon_General is using his "bully pulpit" by abusing his position of authority to fabricate "research", directly misleading the public away from 👉"the best scientific information available".#FIRESGhttps://t.co/5Obdz4Grvz pic.twitter.com/kZC0tmUIno

He should be immediately fired and Gottlieb, who was with him at this event, should be as well. #FIRESG

An in-depth look from Foundation for a Smoke-Free World, this shows the views of what’s working, what’s not –  in the Foundation’s “2018 State of Smoking Survey”.

Are you familiar with Tobacco Harm Reduction For Life?

Are you familiar with GONZO GIVES?  VapeTithing? Do that!

Your comments are NEVER filtered, always encouraged and welcome on this blog. There is definitely more to come. 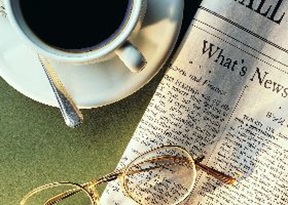 You MUST get louder.

There are millions of people who have chosen to switch to e-cigarettes. If you’re reading this, you are the minority of those who are involved.

The time for rolling over and accepting the regulations, restrictions, taxes, and bans they come up with is unacceptable.

From my friends at Vapers.org.uk

While tobacco and other nicotine products were still legal, legalizing nicotine for e-cigarettes in New Zealand is now underway.

…and also instinctively want to seize control of and legislate for anything new. But it is some in the medical profession for whom I have the greatest contempt. They’ve had careers telling people to ‘quit or die’ and now cannot quite comprehend this level of harm reduction.

WE are raising funds for Dr. Farsalinos & his team:

We can’t expect him and his team to do his research for free.

The Canadian Government Can Lie

You might think this is an April Fool’s joke  – but it isn’t. David Sweanor was not allowed to speak due to lack of openings, which prompted this ThunderClap on twitter.

In Canada, there is a possible $500,000 fine and two years jail time. For telling the truth about e-cigarettes.

.@SenateCA Fine up to $500k & jail up to 2 years for saying the #ecigs can help quit or #vaping is safer than smoking? NO! #BillS5 pic.twitter.com/dDXmkKkJzk

Listen to the Thunder Down Under: Broony

It is time for those in power to change the laws, to see they’ve been lied to (and still are) by ANTZ (Anti-Nicotine & Tobacco Zealots) long enough. It is time to stop rewarding the lies and accept that smokers are switching in droves for a reason.

Listen to The Thunder From Down Under

NNA has come a very long way in two short years and we have thoroughly earned our reputation as a “go to” organisation on tobacco harm reduction. Now we need your help to achieve even more. We have never asked for money before but we need to now.

Think of the Children™

THE only regulation points they have are the never-ending fictitious “Think of the Children™” claim – which goes hand in hand with the even more fictitious nicotine “addiction” claim.

A new study out today shows that young vapers are drawn to vaping because of the harm reduction factor, not flavors.

Ecigs are not the only thing under the rules imposed by the FDA.

The hearing on the joint lawsuit filed by the International Premium Cigar & Pipe Retailers (IPCPR), Cigar Rights of America (CRA) and Cigar Association of America (CAA) has been delayed.

The United States is a world leader in innovation. But when it comes to ensuring smokers have the maximum possible access to new devices and products that will help them quit and save their lives the U.S. is found tragically wanting.

As the vaper revolution gathers steam, American smokers are being left behind

Does the regulatory environment for e-cigarettes influence the effectiveness of e-cigarettes for smoking cessation?

Nicotine gum is going away for this company:

NEWS from my friends across the pond: Vapers.org.uk.