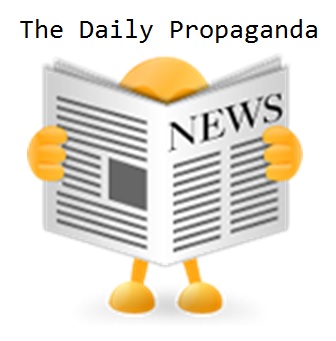 A “shorter” blog than usual for me – I DO like to babble….speaking of hoaxes, there are two today:

It seems Dr. Cuomo would like to solidify her vast (Author of A World Without Cancer, contributor to WebMD, HuffingtonPost.com, etc.) knowledge of e-cigarettes and now assert it into the general public via the Huffington Post. Releasing a video, she claims e-cigarettes are (linked here )”Just As Dangerous As Tobacco Cigarettes.” Sounds serious.

Dr. Cuomo doesn’t ~ evidently ~ know how to do research on the subject she’s now an expert on, and it seems if they’re just as dangerous as tobacco, she’s eluding to continued smoking for the masses. Evidently – unwilling to understand science, she states combustible tobacco is just as dangerous as e-cigarettes. Not only is it as dangerous, e-cigarettes have chemicals NOT found in cigarettes. She has joined the ranks of the “please keep smoking” crowd.

Evidently, Dr. Cuomo didn’t make any effort to read the Public Health England report or spoken with the available resources listed on the right or left of this blog.

Maybe she’s trying really hard to get into the movie, A Billion Lives…. I don’t think that would help her credibility. It may however, in the end, contribute to future reference to those on the wrong side of the tobacco control world, denying harm reduction.

***Update: The video has been taken DOWN.

Dr. Michael Siegel on the same:

Guy Bentley of the Daily Caller:

Experts Come Out Of The Woodwork To Slam Gov. Cuomo’s Sister For HuffPo Video About E-Cigs

Forbes had Jacob Sullum’s article on 3/24:

To the other hoax:

Another tweet, now deleted – caught my immediate attention today with the title:

*Update : The article WAS deleted from its site:

In 3 separate exchanges on twitter/facebook, I (and others) found no credibility to the author or sources. Stated at the end of the article was:

“FDA representative and spokesperson Jonathan Withers assured media outlets that a full and detailed report surrounding the several-year study conducted prior to the decision to ban the liquid would be released on the organizations website within the coming weeks”.

Searches between my exchanges found no one by that name, and no press releases here from the FDA.

Thank you Paul, you just – while typing this blog – alerted me to this:

It amazes me – still – that propaganda is inserted in all facets of the media. Since the “authorities having juristiction” can’t seem to figure it out – unless they regulate it for taxes- These people wonder why we have contempt.

You, as an individual MUST be aware of what’s going on.

I again IMPLORE you to inform yourselves in the USA. ARM yourselves with information.

Outside of the USA can find organizations listed here.

As always -more to come!